🇺🇦 We stand with Ukraine! 🇺🇦 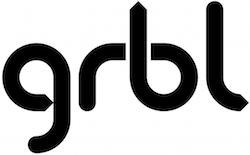 This plugin was inspired by mic159’s Grbl Support plugin (https://plugins.octoprint.org/plugins/octoprint-grbl-plugin/). His plugin gets you 90% of the way there for adding Grbl support to Octoprint but had a couple limitations and lacked some bells and whistles from a UI and configuration perspective.

Install via the bundled Plugin Manager or manually using this URL:

NOTE: Installing this pluging directly from the URL above ensures you always have the latest version, but this comes with risk. I do not always follow a traditional gitflow which means commits to the master branch may not be fully tested and could cause unforeseen issues. Proceed at your own risk.

Pay special attention to the following config.yaml configuration parameters. These settings are modified upon plugin installation. While the uninstaller removes any customizations, please note the below in the event something unexpected happens:

Active instances the past month
Installed on at least 154 instances

New installs the past week
At least 11 new installations

If there is something wrong with this listing (broken links & images etc), please report it here.

If this plugin has been confirmed as abandoned by its maintainer, please report it here.

If this plugin is doing something suspicious (e.g. weird network activity, unannounced tracking, ...) and the maintainer is not cooperating in getting to the bottom of that, please report the plugin as suspicious here.

Report bugs or feature requests for the plugin to the plugin author (e.g. on the plugin's homepage) please, not here!